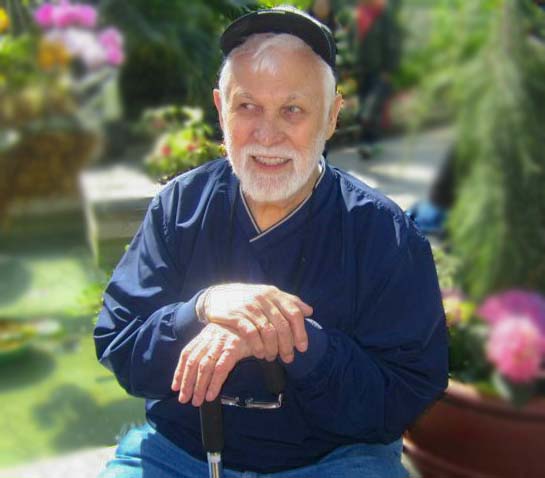 A halfway house is a rehabilitation location for criminals who have served a portion of their sentence and are halfway to life back in society.

“Alcoholics Anonymous is 12-steps, we had seven,” said Green.

“‘Seven’ was ‘maintaining their own freedom.’”

“They have to show some motivation to do well back in society,” he said.

Halfway houses set criminals up for future success; halfway to the street, halfway to “good.”

It all began in 1972, when Green, then 40, was out on practicum at a halfway house, Scarborough House, for his social work course at Mount Royal University (MRU) in Calgary, Alberta.

Upon arrival for his first day of practicum, Green noticed a familiar face from MRU, a fellow student and friend he had often met for coffee.

Green said that he approached him, and asked if he was on the same practicum
as he was.

It was a funny situation, although Green said did not care that he had just found out his friend was an ex-criminal.

“Pat Graham was his name,” he said.

The manager of the halfway house asked Graham if he minded that Green did his practicum there.

“Graham said, ‘no, I don’t think he will tell anyone in the class that I live here,” said Green.

The students were aware there was an ex-criminal pupil in the class, but no one knew who the criminal was.

“Eventually, the class figured out who the criminal was because we would get to talking about penitentiaries and what not, and Pat knew all about them, because he had been in them.”

“And, they finally thought, ‘oh, this guy knows too much,” said Green with a laugh.

“He was basically a thief,” Green recalled of his friend, Graham.

“A pretty good one. He made a lot of money stealing, but eventually he got caught.”

Green described another man at Scarborough House that also came to be a friendly colleague of his, who was a “lifer” (we’ll call him, “the Lifer”) sentenced to hang for killing his cheating wife and her lover.

“He is a multi-millionaire now,” said Green, although he could not remember the name
of is old friend (an old brain has a shifty memory).

“He had a degree in Commerce, and he actually ran the halfway house,” he said.

Green explained that “the Lifer” was the perfect person for the title because he could more easily communicate with criminals than someone who had never committed a crime before.

“He could deal with the criminals better than the people who were running it,” he said.

Green recalled that if, for instance, some guy didn’t come back to the house on time, his friend would have a good idea of where he might be.

“He would go out and bring them back, rather than phoning the police.”

“They listened to him,” he said.

Green said his friend was “still a criminal,” he was doing time, but he had a power at the halfway house others did not.

After a while in practicum, his classmate and friend, Graham, approached Green and mentioned a self-help group that he was trying to get going in Drumheller, Alta.

Graham asked Green if he would like to come to a meeting.

“I said, ‘sure!’” Green recalled, with an open and optimistic outlook.

The two made their way from Calgary to Drumheller, about an hour and a half drive.

“At first they wouldn’t let me in, because I wasn’t cleared,” Green explained.

After a phone call by Graham to the warden back home explaining he had a “square guy” with him who would like to attend the meeting, the warden told the guard to let Green in.

Green said he enjoyed the meeting, and of about 10 men who were at the meeting, they seemed to like him and even wrote a thank-you letter that included how impressed they were by him.

“I still have the letter,” Green beamed.

“Every week I went. Every Sunday night.”

At the meeting they used what they called, “attack therapy,” where an individual would sit in the “hot seat” and they would be drilled with questions.

“The way you answered, you would know whether they were telling the truth or not,”
said Green.

Just because he wasn’t a criminal, they didn’t let him off the hook.

“I was a Square John,” said Green.

This went on for a couple of years, and he went every week.

Green’s wife, Doreen Green, would go as well, eventually becoming a member herself.

“Although, they wouldn’t hot seat her like they would a criminal,” he explained.

After a while, the government approached the group to open a halfway house in Calgary.

“One old girl, Noni Curr – who was an ex-hooker, an ex-drug addict, and sentenced to the Pen seven times – had to do all of her time in the Pen because there was no halfway house for her to go to rehabilitate herself.”

“Noni wouldn’t make Mother Teresa or anything, but she was a good person.”

In response to when the government contacted the group to open a halfway house, Curr said they would only agree if it was co-ed, so that female criminals could have an opportunity at rehabilitation as well.

Green said, at first, they received resistance in response to this proposal.

“We said, ‘if it’s not co-ed, I guess our conversation is finished,’” he said of their adamant position of a co-ed facility.

Eventually, the government agreed, and so, the first co-ed 7th Step Society halfway house blossomed in the city of Calgary.

Although Green is no longer involved, the assistance and perseverance of himself and his colleagues continues to help in the process of rehabilitation and improvement in
the lives of criminals becoming ex-criminals across Canada.

“I don’t think I am better than anyone,” said Green on why he chose to pursue a career in helping criminals.

“’Honourary Con of the Year,’” Green said, reading from the small, white laminated card peeling slightly at the edges.

“Presented to Ralph Green, with appreciation for your contributions, 7th Step Society, Drumheller.”

Long-retired since the age of 50, Green, now 88, took his social work to a new level and thoroughly enjoyed his job helping others help themselves.

“I would still be working.”

In Loving Memory of Ralph Green

Please click here for obituary information and to pay homage by sharing a memory.